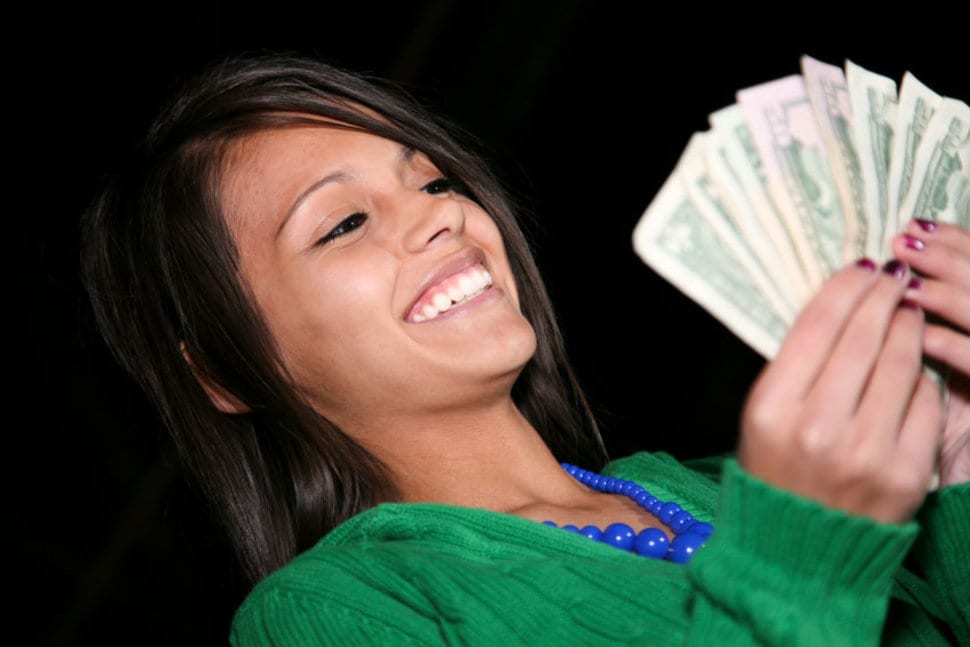 Teens are great. They are becoming adults and exploring the world. They are going through many changes both physically and mentally. They often are driven by over-active hormones that they don’t understand. As a parent of teens I will share some experiences in this series of articles that I have found helpful to make these exciting years a positive experience and not a battle ground.

In part one of this series I considered music and the way this can unite us with the teenagers in our family or it can divide us from them. In the second article I looked at alcohol. The third article looked at motivating kids for success at school or college. This fourth article looks at how we taught our youngsters about money and financial responsibility.

Kids are expensive. Period. From before they are born until long after they have left home they will cost you more money than you can ever imagine. Good parents want to give the best to their children and one of the most valuable and useful gifts we can bestow is an appreciation of the value of money and a mature attitude on to how to use it.

Now before I start I must explain I have a job and we are not broke as a family. What I write here comes from this background – if you are not working and money is very tight your approach will probably be different but some of the principles that I outline should work for every one.

When kids first start wanting money to spend most parents give them an allowance or pocket money. This may be a basic weekly sum which they know can be augmented by extra payments that are linked to doing certain extra chores. It is some peoples practice to make the whole allowance dependent on chores. That can encourage a healthy attitude linking work and money but it can also have a downside. My youngsters have to do a considerable amount of school work in the evenings and at weekends. If all of their allowance was dependent on chores they would not earn very much. I want to encourage them to study. So we came to a compromise. We agreed a basic allowance with extra to be paid for chores and we agreed a scale for the various jobs that needed doing. That worked for many years.

At an early age they want money for sweets, chocolate, candy, games, toys, books and magazines. The allowance is usually too small to buy everything they want so they learn to save up for what they want. They put some money away each week until they have enough for the new play station game or Harry Potter book that they want.

For many kids getting a part time job is a great way of getting extra money and learning that it has to be earned. We live out in a rural area and it would be difficult for my teens to get into town to get a part time evening or Saturday job. It has only been possible for them to find work in the school vacations – and often that has involved my wife and myself ferrying them back and forward. If we took account of the time and expense of doing this it was really not worth all the effort.

As my daughter became older she wanted to have a much greater say in the choice of her clothes. In fact like all teenagers she became very conscious of her appearance and what she was wearing. Fortunately her high school has a strict uniform policy so the majority of each week-day she has to wear the uniform. This is great from a parents point of view. There are never any disagreements about what she will wear for class. However for leisure time all teens are very self conscious and want to be fashionable and appropriately dressed for the various social activities they enjoy.

You probably know that for many teens “labels” are the most important thing. They must have the “right” designer labels. This is the same for clothes, sports shoes, bags, and all the little accessories that teenage girls seem to say they need. Having the right shoes is also very important for boys too. There have been cases I know of where boys have been bullied because they wear cheap supermarket track shoes rather that the latest designer ones. Or some children have been attacked or mugged for wearing very expensive designer shoes and had them stolen on the first day they have worn them on the street.

Shopping for sports shoes was a pain. The ones my son liked were based not on the price or the fit but whether the label was cool. And invariably the ones that were most cool were the ones that were most expensive. And likewise my daughter looked at clothes not for fit and price but for label and would ask us to pay for things we considered highly overpriced.

Then we had a brainwave. At the age of 15 we passed the responsibility for buying their clothes to the teenagers themselves. My wife and I worked out what we considered a sensible monthly budget. We gave them a list of what we expected it to cover and what we would continue to pay for. We agreed to pay for school uniform clothes. But all their casual clothes and shoes would have to come out of their much larger allowance. They would also have to pay for the social outings and trips and buy birthday and Christmas presents for their friends.

We sat back and watched what would happen as they discovered that they had more money to spend than they had ever had before. We were anxious and we wondered if they would blow the whole months allowance on some expensive designer gear and then come groveling to us for an advance on next months allowance. We had decided that there would be no money that could be brought forward – they would have to live off the months allowance and we would stick strictly to these limits for three months.

We were surprised by the result. They competed with each other in looking for bargains. They went to discount stores and thrift shops and saved enough money to have a full social life. They worked out for themselves that the very cheapest shoes and clothes were not going to last for more than a couple of months but the designer labels were vastly overpriced. They began to look for quality and link this to value for money. They even both managed to have a little money left at the end of the month. They were happy to justify what they spent to their friends who seemed to envy the freedom of choice that they had. And most of all, as well as becoming financially responsible, they actually both enjoyed the experience. And so this has now become our way of handling their allowances, and we are delighted to see them becoming financially mature and responsible.